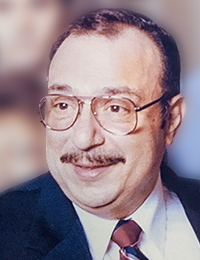 Robert R. Kirby, MD, Professor Emeritus, and his wife, Margaret “Margie” Kirby have written in to let us here at UF Anesthesiology know of the passing of Salvatore “Sam” Lo Palo, CRNA.

When Robert and I met Sam, it was 1979 at Tulane University Medical Center where Robert was chairman of Anesthesiology and Critical Care Medicine. Sam was sent by the Air Force to recruit Robert back to active duty. Sam was then director of the Air Force School for Nurse Anesthetists. Robert went back into the Air Force as a colonel to chair the Air Force anesthesiologist training program. He and Sam worked very closely and they became best friends. They were more than friends – they shared love for the Air Force, too.

When Robert left the Air Force, he recruited Sam, who was retired from the Air Force, to UF. Sam spent his time at UF running the OR schedule. He also helped to reorganize the ER. Sam was born and raised in upstate New York and was an only child. He attended nursing and anesthesia school there. He married Dorothy, his nursing school sweetheart. He then joined the Air Force. He and Dorothy raised three children and four grandchildren. His military career was exemplary. He was a Vietnam veteran with multiple field anesthesia experiences, as well as a number of other duties. He was a colonel at retirement. He was a true patriot. Robert and I are honored to have had Sam as a true friend.