The University of Florida is now the home of a national registry for malignant hyperthermia (MH) data. 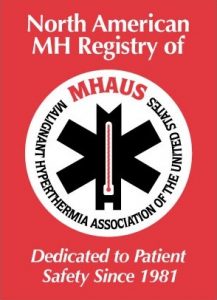 For more than 15 years, the North American Malignant Hyperthermia Registry (NAMHR) was under the direction of Barbara W. Brandom, M.D., at Children’s Hospital in Pittsburgh, PA. When the University of Pittsburgh stepped down as the registry’s host institution, the Malignant Hyperthermia Association of the United States (MHAUS) began a nationwide search for NAMHR’s next home. After a competitive application process and a site visit by the association directors, the UF Department of Anesthesiology was selected to house the registry in July 2017.

The registry was founded in 1987 to create a place where MH events can be reported in a standardized format, entered into a database and analyzed. The registry is made up of reports from anesthesiologists whose patients experienced MH or MH-like events, biopsy center directors who conduct MH susceptibility tests, individuals who have had an MH episode or who have undergone genetic testing for MH susceptibility, and family members of those diagnosed with MH.

As malignant hyperthermia episodes are largely caused by anesthetic agents, it is especially important for anesthesiologists to gain a better understanding of the condition. Hosting the registry gives UF easy access to MH data, opening the door to future research in this area and putting the university on the cutting edge of advancing knowledge about MH. 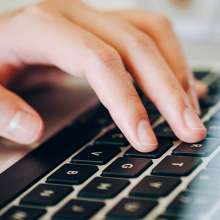 As of March 2018, the registry has enrolled more than 700 individuals. The registry database has supported the publication of 25 peer-reviewed articles that have been cited 1,880 times. Registry research reports have addressed MH diagnosis, epidemiology, presentation, recrudescence, complications, treatment and phenotype/genotype studies.

Current research projects include continued efforts to correlate MH phenotype with genotype, to compare chronic pain in MH-susceptible versus MH-negative subjects, and to determine the long-term sequelae and morbidity of an MH event as reported by subjects registered in NAMHR.